As I was driving to the grocery store the other day, I was thinking about a comment somebody added to a newspaper article about walkable communities: "No one ever tries to lure someone to a city by saying, 'There is no public transportation. Traffic is terrible and you have to drive everywhere you go.'". But what if they did advertise that for Baton Rouge? 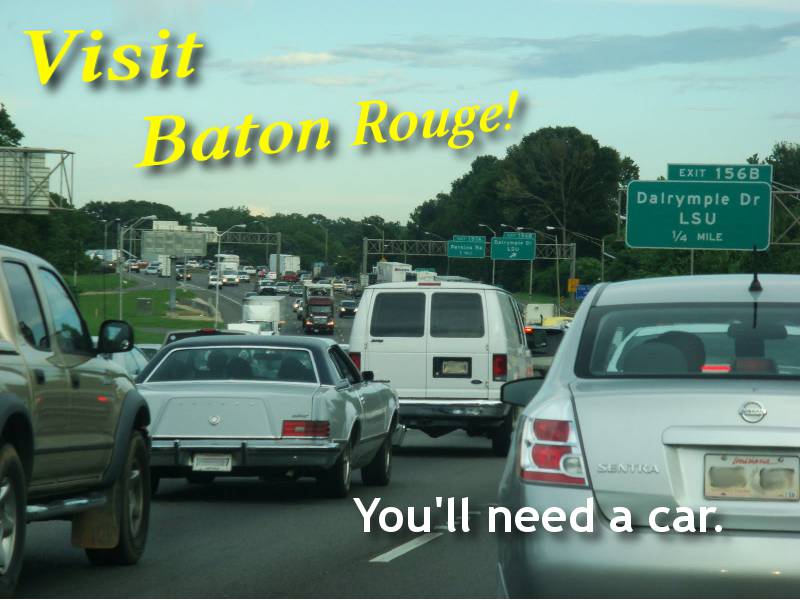 The previous postcard uses an unauthorized image lifted from somebody's blog. I hope to replace it when I can take one of my own. I'm just not willing to get in the car and hit I-10 any time soon. 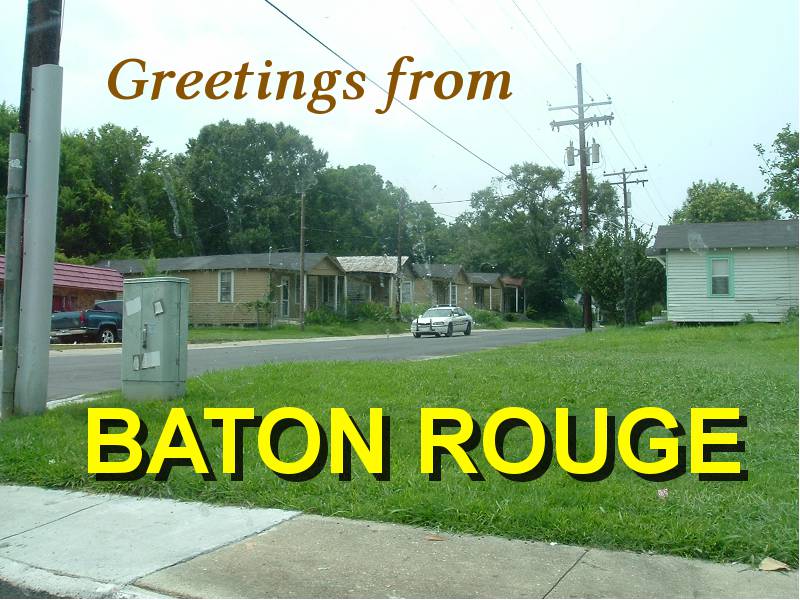 If the previous and following pictures looks familiar, that's because they're from the "Baton Rouge Does Not Inspire" series of photographs.

So come on down to Baton Rouge, where the traffic and poor urban planning will make you feel like family!